Analogue instrumentation included standard speedometer on the left that rose in single MPH increments up to 170. Unlike the Suzuki competitor, the Katana, signal lights on the Kawasaki's cluster were amber instead of green. Owners could also rely on a fuel gauge on the left (missing on D series) and a temperature gauge on the right which many motorcycles in the same class did not have at the time. Storage was minimal, but better than most sport bikes. 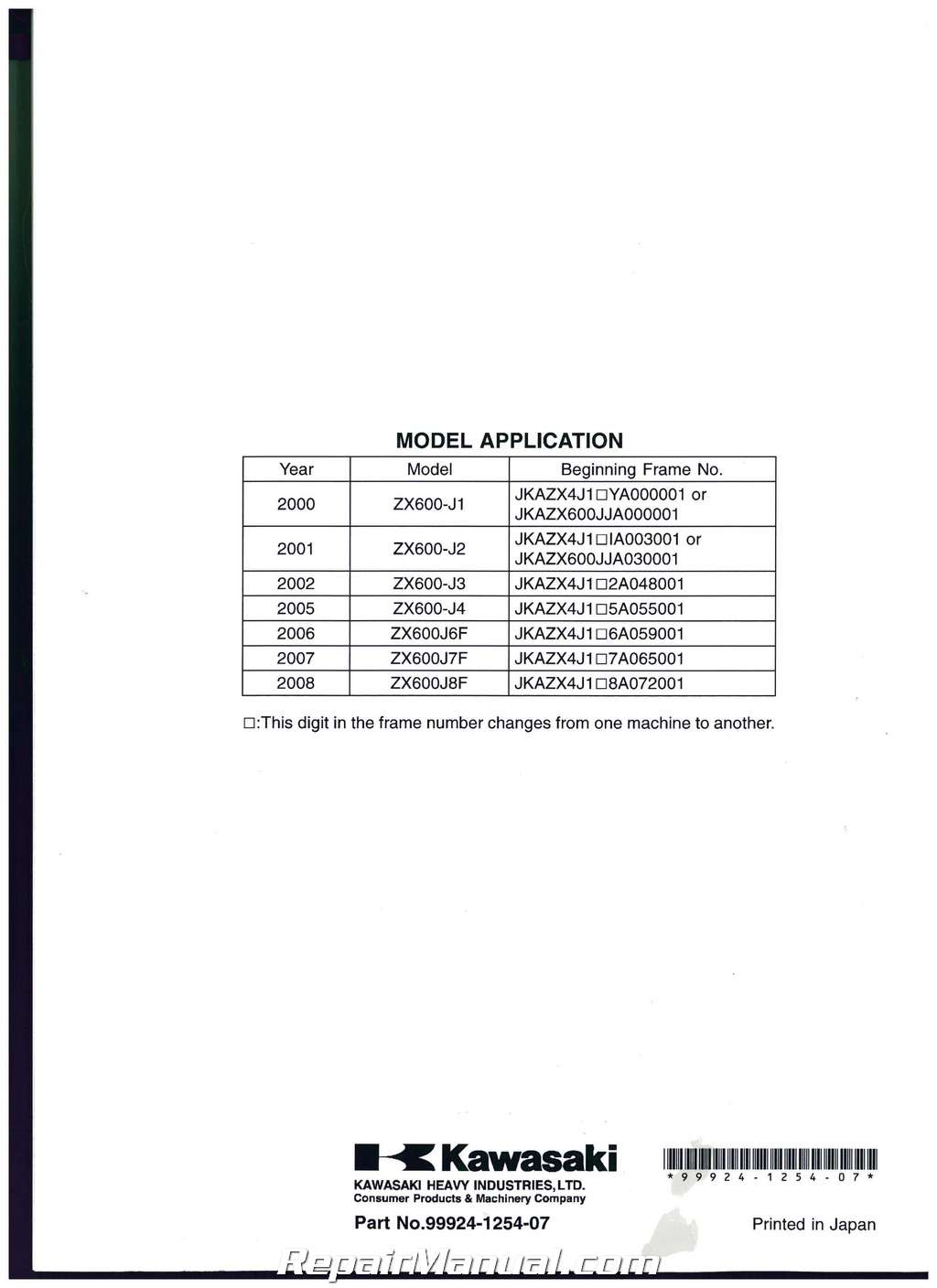 There was room beneath the seat for the manual and registration, but not much else. An additional compartment could be found on the left side of the fairing and the ignition key was needed to open it. 2007 ZZR600 2003–2004 ZZR600 in North America, marketed during model years 2003 and 2004, was based upon a previous generation sportbike (Ninja ZX-6). This indicates the motorcycle is mechanically identical to the earlier motorcycle, and differs only in paint schemes. 2005–2008 In North America, the updated 2005 ZZR600 was a reissue of the 2001 model and remains unchanged save for a new, less invasive fairing stay.

It is powered by the same 599 cc, liquid cooled, DOHC, inline four cylinder engine. Notably, the ZZR600 uses a carbureted engine, even in its later model years, as it retains its similarity to the 2001 ZX-6R model.

As such, the ZZR600's choke control sits near the left handle grip. Most modern Japanese sportbikes employ fuel injection.